Fight the Effects of Pollution on Your Skin 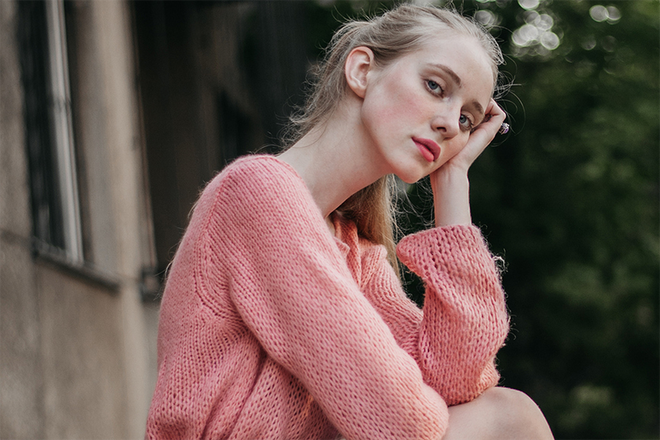 Photo Credits: Getty Images | Model Used for Illustrative Purpose Only
The idea that pollution affects your skin is not new, but are we taking it as seriously as we should be? Probably not, but that needs to change. To bring the discussion into the spotlight, SkinCeuticals commissioned a study, published in the June edition of Journal of Investigative Dermatology, that analyzed the impact of ozone pollution on real people instead of just cells in a petri dish.
For the first time ever, scientists were able to quantify this data, revealing that after being exposed to the equivalent of pollution in a major city, participants experienced a significant reduction in the key skin indicators related to a healthy skin appearance (think hydration, firmness, smoothness, etc). So what can you be doing to prevent this from happening? The answer lies in the power of antioxidants, as well as new research scientists are currently analyzing as we speak.
According to the World Health Organization (WHO), it has been estimated that more than 90 percent of the urban population live with pollutant levels in excess of World Health Organization standard limits. "There is a growing body of evidence surrounding this topic, and we now know that pollutants can have a number of negative effects on the skin, not just with aging, but also possibly exacerbating skin conditions like acne and eczema," says New York dermatologist Sejal Shah, MD. "And as pollution increases, this issue will get even bigger. Already, the skin care world is trying to develop more and more products that provide protection."
New York dermatologist Doris Day, MD, says the major way pollution damages skin is through the generation of what is called oxidative stress, an important contributor to skin aging. "Particles in the nano-size range, especially those from traffic, are considered among the most harmful components of pollution. They cause oxidative stress and are also highly reactive toward biological surfaces and structures, such as the skin, hair and eyes. These particles can serve as carriers for organic chemicals and metals that are capable of localizing in areas such as mitochondria in the cells, which can be destructive and accelerate aging of the skin. There's more than just UV rays that cause damage to skin cells."
According to West Palm Beach, FL, dermatologist Kenneth Beer, MD, the effects of pollution on skin and the aging process are not always so straight-forward, meaning there are other ways contaminated air can be harmful, rather than just by penetrating your skin. "Recently, there was a study on the degree to which particulate pollution (fine particles in the air) get into your lungs, which was conducted with bike riders in New York. Not surprisingly, the higher the particulates in the air, the worse the damage to the lungs. This type of damage and pollution will decrease oxygen in the blood, and this is bad for your skin. As with smoking, this will likely result in more wrinkles and collagen damage."
When it comes to fighting the effects of pollution on your skin, all the doctors interviewed for this story agreed antioxidants are the best option because they protect skin against the damage free radicals inflict on the cells in your body, including your skin. "I think antioxidants are still the best way to fight this type of damage, especially newer types of resveratrol and 'older' molecules such as vitamin C," says Dr. Beer. Dr. Shah agrees, and says she also recommends using a tinted sunscreen that contains a physical barrier (look for ingredients such as zinc oxide and titanium dioxide on the label).
"Several skin care brands have begun to look more closely at the cascade of events that happen when the skin is exposed to ionizing radiation and how this impacts the DNA, inflammation, cellular proliferation, cellular mitochondria and the destruction and reduction of intercellular substances," says Los Gatos, CA, dermatologist Steven Swengel, MD. "And of course, they're creating products that specifically target the prevention and reduction of damage, as well as support the repair and replacement process."
Additionally, according to a recent study published in Clinical, Cosmetic and Investigational Dermatology, two new components were being tested for their anti-pollution protection capabilities: Dead Sea minerals (Dead Sea mineral-rich water) and an anionic polysaccharide called PolluStop, which forms a film on the surface of skin and hair to build a protective barrier against UV rays, as well as atmospheric pollution and domestic pollution. "The results of this study showed promise when both of these components were used together, so perhaps we will begin seeing it used in skin care," says Dr. Shah.
You May Also Like: 8 Skin Care Products Dermatologists Want You to Throw Out
So, if you're looking to stock your beauty regimen with antioxidant-packed, pollution-fighting products, these are a few of our editor- and expert-recommended picks: SkinCeuticals Phloretin CF, a daytime vitamin C antioxidant face serum; and Sunday Riley C.E.O. C + E antiOXIDANT Protect + Repair Moisturizer, a thick cream with a potent ingredient lineup.
As we live in an increasingly polluted world, this scary skin care concern will continue to grow, so it's important to educate yourself and take a closer look at the products you're using. "I think that as time goes on, we are going to see more and more skin care products focused on reversing this type of damage, and in-office procedures as well," adds Dr. Beer.
Posted by Skincare Solutions Store at 6:44 AM